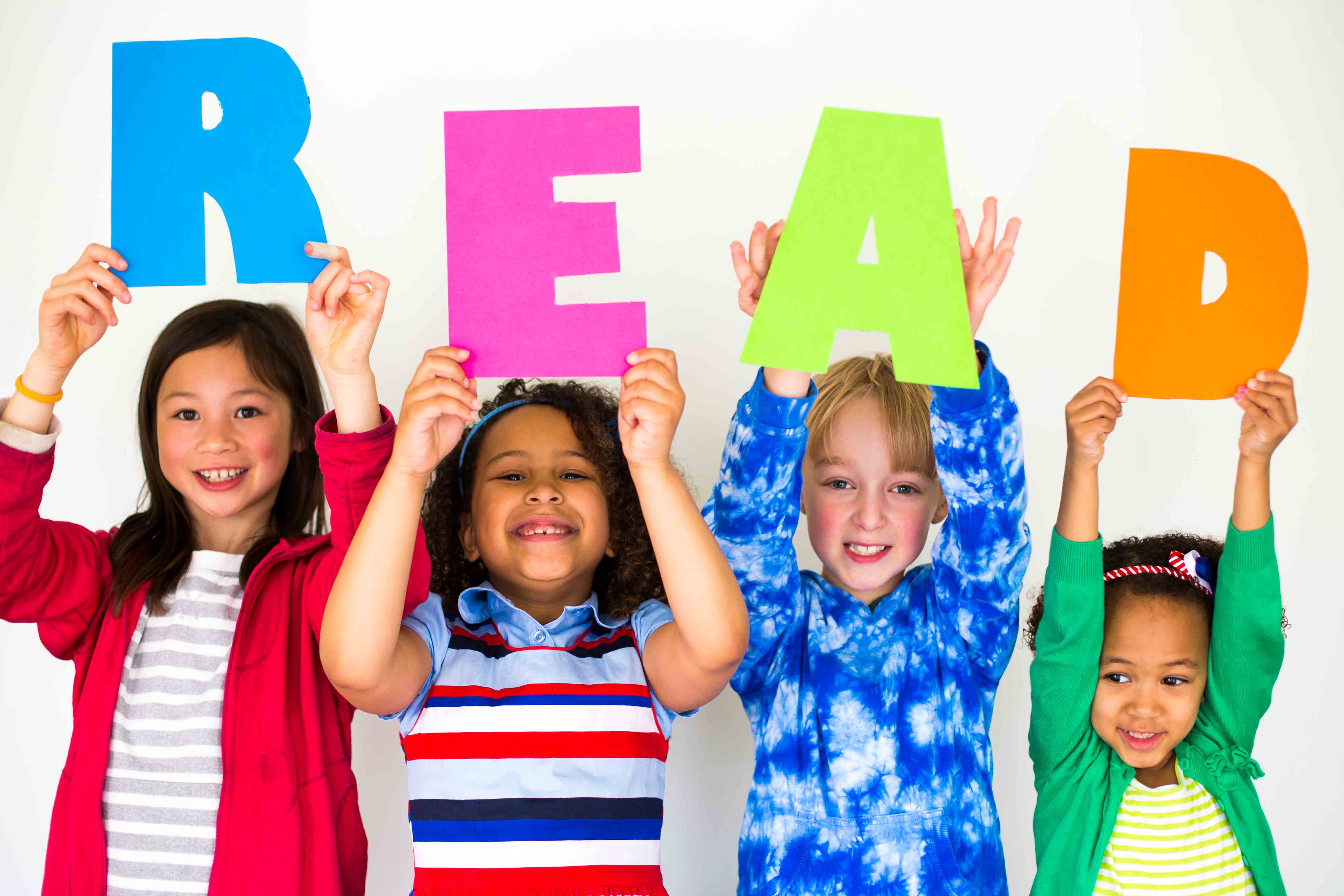 What is meant by ‘sight word reading’? It’s a term that seems to mean different things to different people, leading to misunderstandings and confusion.  We asked Professor Anne Castles to share with us what the evidence says about sight word reading.

Phonics first and phonics fast. Few would now question this mantra or challenge the view that explicit phonics teaching is at the core of any effective initial reading program. But I have noticed an unfortunate side effect of the increasing acceptance of the primacy of phonics. This is the belief that any literacy activity in the early school years that is not phonics must be harmful to children’s learning. This is understandable: the battle to reinstate phonics has been hard fought and none of us wants to see its benefits diluted. But I think it is important that we not let the phonics focus cloud our judgments about other methods that may further improve reading outcomes for children.

The area where I have particularly noticed this tendency is in relation to the teaching of “sight words”. The view of many seems to be that phonics and sight words are sworn enemies: they, literally, cannot be in the same room together. Teaching sight words is viewed as not only ineffective but also dangerous, causing children to become confused and setting them up with bad reading habits that interfere with their ongoing phonics instruction. But what is the evidence here?

Important first up is to distinguish the teaching of “sight words” from the process of reading “by sight”. The latter refers to a state of the reading system, not a teaching method: As skilled readers, we recognise most printed words quickly and automatically, and gain access to their meanings without needing to rely on overt phonological decoding. A simple piece of evidence for this is that we know that the written word sail means something quite different from the word sale, even though we would not be able to distinguish the two by sounding them out. We can do so because we have a precise memory representation of the spelling of the word sail that is linked with its meaning and pronunciation, and we rapidly access this knowledge upon seeing the word. This is what we mean by reading “by sight” and it is represented as the most proficient level of word reading in all prominent developmental theories, including those of Ehri, Frith and Share. The ultimate aim of reading instruction should therefore be to have children reading as many words as possible in this highly proficient way, and as soon as possible.

But the question is how? What is the optimal way of teaching children in order to bring them to this level of word reading expertise? Certainly, a key piece of the puzzle is phonological decoding itself, and this is why phonics instruction is so important. In his self-teaching hypothesis, Share explicates the reasons why phonological decoding is integral to becoming a skilled word reader: it allows the child to independently translate written words into their spoken form and in doing so to link them with words in their existing oral vocabulary. It also focuses the child on letters and letter clusters within words helping them to establish that knowledge in long-term memory.

But is there more that can be done to promote proficient word reading beyond teaching phonics? Phonological decoding is effortful and, at least in English, doesn’t always produce the right pronunciation. In fact this is true for many of the most frequently occurring words in children’s books (think the, I, said and come). This being the case, it seems reasonable at least in principle to focus some teaching at the word level rather than at the letter-sound level; that is, to target specific tricky words that children are likely to encounter regularly and to focus instruction on ensuring children can quickly and accurately recognise those words. This, in broad terms, is what we mean by sight word teaching (note that this is not related to the widely discredited practice of Whole Language instruction, where the focus is on immersion in texts and contextual guessing rather than intensive exposure to individual words).

So are the concerns about sight word teaching justified? To answer this, we need to address two questions: is it effective, and does it interfere with phonics instruction?

Is sight word teaching effective? The short answer is yes: numerous experimental studies have reported substantial and sustained improvements in children’s word reading following targeted teaching of those words, in both typical (e.g., here, here, and here) and struggling (e.g., here, here, and here) readers. The longer answer is that of course effectiveness varies according to the nature of the teaching, and more research comparing the efficacy of different methods is sorely needed. Nevertheless, sight word teaching that meets the following basic criteria has been demonstrated to be highly effective:

A response I often receive when presenting evidence such as the above is that, yes, sight word training may be effective for individual words, but the benefits are highly specific and do not represent a generalisable skill – that relying on this method would require teaching a child the entire dictionary! A first point to note here is that sight word learning does in fact generalise in various ways: Several studies have shown that children induce letter-sound mappings through their experience with written words (e.g., here and here), and there is even some evidence that learning to spell difficult irregular words can generalise to the spelling of other, untrained irregular words. But also, there is no suggestion that any teaching program should involve only sight word instruction – rather the idea is that it be used judiciously for selected words in parallel with an explicit, systematic phonics program. Solity and colleagues have demonstrated that the combination of knowledge of the 64 most common letter-sound mappings of English, together with familiarity with its 100 or so most frequent words, allows children to independently read 90% of words in texts they typically encounter – putting them very efficiently on the path to reading what they wish without assistance.

Let us then turn to the second key question: does sight word teaching interfere with phonics instruction? If this were the case, we would expect phonics teaching carried out simultaneously with sight word teaching to be less effective than phonics teaching on its own. But there is no evidence that this is so: a recent large intervention study with struggling readers found that children who received mixed phonics and sight word instruction made just as strong gains in their phonological decoding ability as those receiving phonics instruction alone. There was also no evidence from this study that sight word teaching caused struggling readers to become confused or to “unlearn” phonics rules that they had already acquired: children who received an intensive period of sight word instruction immediately following an intensive period of phonics instruction did not show any deterioration in their phonological decoding ability, and in fact continued to show improvements.

A qualification here is that this study was carried out with older struggling readers, all of whom had at least some phonics knowledge. What do we know about beginning readers? A recent study by Shapiro and Solity is highly relevant: They compared the effectiveness of two phonics programs being implemented in the first (reception) year of schooling in the UK: Letters and Sounds, which teaches multiple letter-sound mappings and no sight words and Early Reading Research, which teaches only the most consistent letter-sound mappings plus high frequency sight words. Follow up of reading and phonological awareness outcomes at the end of the second and third year of schooling revealed that the two programs were equally effective, indicating that the presence of sight words did not interfere with phonics learning. In fact, there was a tendency for children with low initial phonological awareness scores to do better with the Early Reading Research program, suggesting that being exposed to multiple alternative sound mappings for the same graphemes, rather than sight words, may have been a source of confusion for these children.

In summary, literacy takes off at the point when children can independently read what they wish for pleasure and learning. The evidence to date suggests that sight word teaching, carried out in combination with a structured explicit phonics program, helps rather than hinders children from reaching this point. A fear of diluting the phonics message, though understandable, is not a sufficient reason for ignoring this evidence. Instead, we must ensure that teachers are made aware of what the science tells us about both phonics and sight words, and that they are provided with the training they need to translate it into effective practice.

Anne Castles is Distinguished Professor in the Department of Cognitive Science at Macquarie University. She is Deputy Director of the Australian Research Council Centre for Excellence in Cognition and its Disorders where she leads the Reading Program.  Follow her on Twitter @annecastles