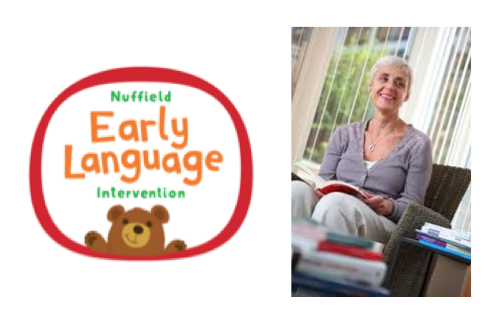 Some children start school with worryingly low levels of oral language.  In this guest post, Maggie Snowling tells us why this matters and what can be done about it.

If I were to tell you that I work on children’s language and literacy skills, you might be forgiven for assuming I mean foreign language learning and literary pursuits. Perhaps this sort of miscommunication can help us to understand why, in the face of their concerns about educational standards, policy makers tend to focus on reading and writing skills without attending to the oral language foundations on which they are built? Yet we know that children with poor language do not respond well to reading instruction.

Children vary in the skills they bring to school and there is already a gulf between the oral language skills of those who are advantaged and disadvantaged in preschool. This is perhaps most obvious in terms of vocabulary size which, according to Hart and Risley (1995), is almost twice as large for children from middle class homes by the age of 3 years.   There are also differences in the content of their talk, the grammar they use and in their pre-reading skills, such as phonological awareness. Some children have Developmental Language Disorder (DLD), a language learning impairment that is evident from an early age; other children might have poor language associated with other conditions such as Down Syndrome. Regardless of the cause of a language difficulty, children entering school with low language are in urgent need of intervention to strengthen the foundations of learning – and many will require ongoing support through the early years and beyond. For more information about developmental language and learning difficulties, visit the Raising Awareness of Developmental Language Disorder campaign.

During the past ten years, we have been refining an oral language intervention programme suitable for children in the Early Years: The Nuffield Early Language Programme. The programme has a strong evidence-base, having been evaluated in three robust controlled trials (RCTs). Its main components are listening comprehension, vocabulary and narrative.

The intervention has been designed to be suitable for delivery by teaching assistants who have been trained by a specially tailored training programme.   The children receive support daily, alternating between a 30-minute small group session (for four children) and a 20-minute 1:1 session. The group work uses a bank of activities and pictorial materials to focus on listening, vocabulary and speaking. The individual sessions are primarily for narrative work although there is also time to reinforce vocabulary and other activities which the child is finding difficult. In addition, there is work on phoneme awareness and letter-sound knowledge built into the group sessions, but none of the time is devoted to reading itself.  See the intervention in action here.

Following a research trial in which we found the programme to be effective in Reception and Year 1, we adapted it for delivery in nursery classes for 10 weeks, followed immediately by a further 20 weeks in Reception class once the children had moved to school. We found the intervention to have a significant impact on language and pre-reading skills. Specifically there had been a growth in vocabulary size – and in the number of different words the children used in their narratives. Grammar and sentence structure had improved and the children had better listening comprehension. There were also gains in phoneme awareness and letter-sound knowledge.   Six months later, the children who had received the intervention had better reading comprehension than the control group – an impressive outcome considering that reading had not been trained directly. The results are discussed in this article, and illustrated in this graph. The performance of the control children is summarised by the horizontal line and the bars show the performance of the children who received intervention. The taller the bars, the greater the relative difference between these children and those in the control group. There were significant gains in language, narrative, phonological awareness and letter knowledge as a result of the intervention. While there was no training effect on decoding, reading comprehension (the far right bar) was significantly improved.

More recently we have compared this 30-week programme that follows children from Nursery and into Reception with a 20-week version just focused on Reception children. Again the intervention was delivered by teaching assistants, but this time, they were trained by providers who were not from the research group who had developed the programme and importantly, the trial was evaluated independently by a third party.   The positive effects of the intervention were replicated in this independent trial. Taken together, these trials show that both the 20- and the 30-week versions were effective in promoting oral language skills.

The Education Endowment Foundation are providing support for a much larger effectiveness trial of the 20-week version which will involve 100 schools. In turn, we are hoping to refine the nursery component to make it into a standalone programme.

Nuffield Early Language Intervention (NELI) is currently the oral language programme with the strongest evidence base. We have found that it works as well for children with severe language difficulties (who conform to criteria for Developmental Language Disorder) as for children with milder problems.   But it is important to remember that there is no quick fix for oral language difficulties and some children need ongoing support. Often, there is much ‘catch-up’ to be done – and it is important not to leave children to fail.

All those concerned with children’s education need to be aware of the importance of spoken language not only as a means of communication but also as a foundation for learning, for literacy and for numeracy. It is too important to neglect and indeed, it falls to us all to ensure that children are immersed in a language-rich environment at home, in preschool and at school to provide them with the means to communicate well, setting the foundation for learning. As Jim Rose acknowledged in his independent review of reading — reading instruction devoid of language is not reading at all.

Professor Maggie Snowling is President of St. John’s College at the University of Oxford. Find out more about her research at the Centre for Reading and Language.

Declaration: Maggie Snowling is one of the authors of the Nuffield Early Language Intervention but receives no financial benefit from sales.